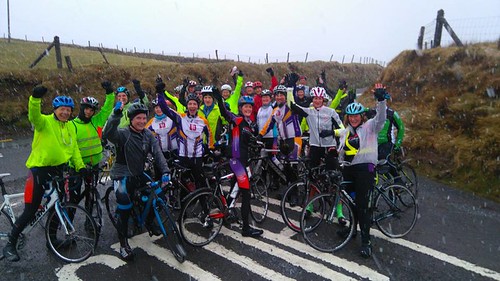 There was a great turn out at the weekend, despite the harsh weather conditions.

All groups headed west. The 30’s, 28’s and 25’s brought the Lacey Cup route to life with their numbers and colour. The 22’s got part of the way up Gleann na Gaelt before heading back down to Castlegregory. 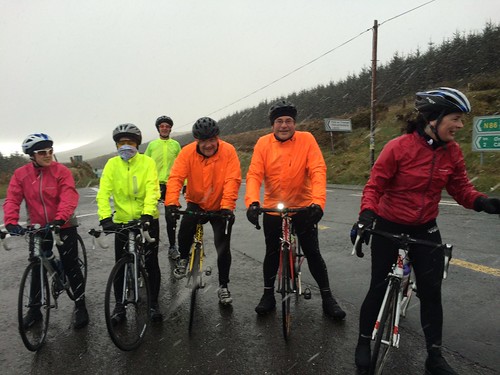 We had somewhere in the region of 60 plus “athletes” out on the road. A great and a determined effort, considering the snow, rain and cold conditions.

A big kudos to John Murray for organising Foley’s in Inch and to the staff for their slick organisational skills. 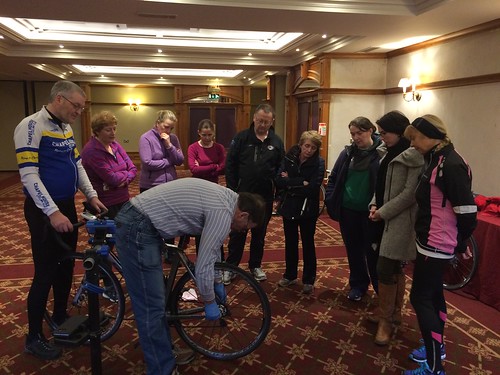 How to put a wheel back on!

Sunday was a complete write off weather wise. Thankfully we had plan B to fall back onto. A nice warm, dry hall in the Meadowlands for a very well executed puncture workshop. Tomás gave an excellent demo followed by a hands on oil, muck and low flying rubber workshop! Coffee and scones were served later in the bar as we discussed the finer points of the wheel changing skill. 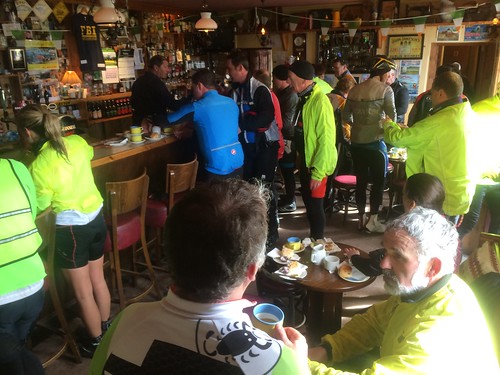